Today was a successful day in the bee yard.  I inspected all 4 hives and I was satisfied with my observations.  In hive #4 I caught sight of Queen April but didn’t get a photo today. The wind was up and I am concerned that it will catch a queen unguarded and blow her away.  If due to my carelessness this happened I’d be devastated.  She is however, beautiful and productive.

While examining one of the frames in hive #4 a few drops of uncapped honey fell to the top of a frame still in place in the super.  I noticed that quite rapidly two girls came to the drops of honey and began to clean it up.  I shot a few photos of this bee task as I am engaged by their house cleaning methods.  A few clear, golden drops of honey that a human would wipe off the counter, but the bees know how valuable it is to their existence and they don’t waste a drop.  I am amazed by the efficiency with which they run their hive, how each bee has a particular job and at how quickly they are multiplying.  Oh, what we could learn from these tiny creatures!

In this first photo you can see a good-sized drop of honey and two bees cleaning it up. You will also notice a couple of other girls barely peeking over the edge watching and waiting. They are there to take the honey from the two cleaning it up and carry it back into the hive. 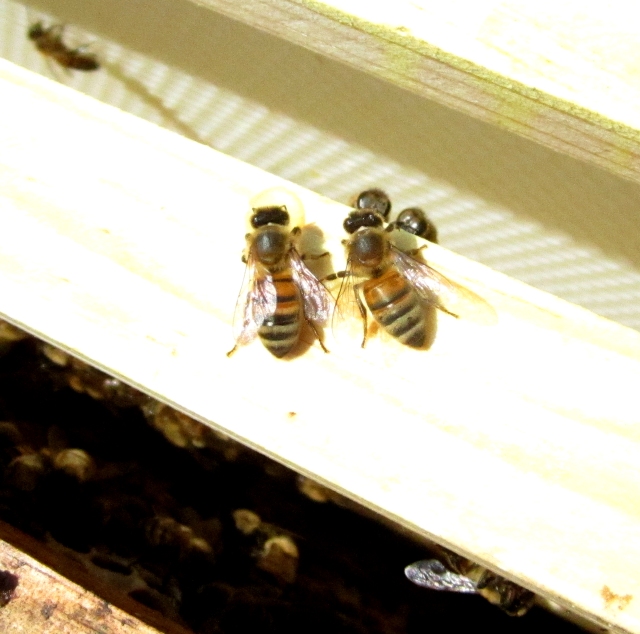 In the second picture you will see the maid bees still lapping up the honey while the carriers are coming up a little closer in preparation for exchange of the honey.  The bee on the bottom right already has her tongue out and ready.  It’s reddish-brown in color. 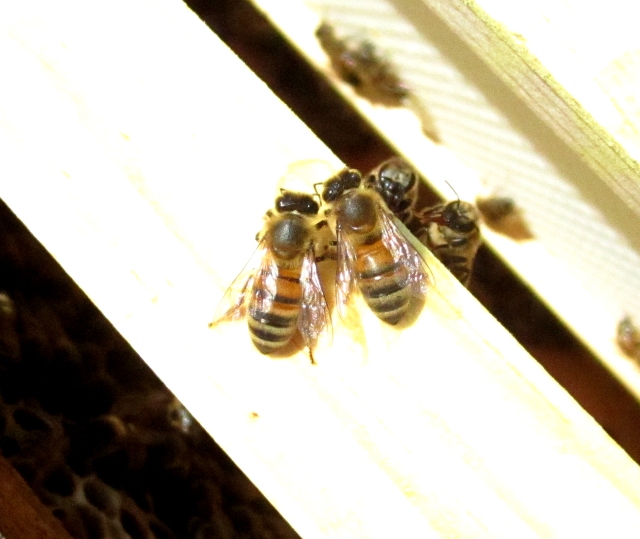 In the third shot you can even see the proboscis (tongue) making the exchange from one bee to the other, while the other bee’s proboscis stands ready to take any left overs. You’ll also notice that other bees are making their way up to the top of the frame to see if their help is needed, while a couple of other maids are standing by to help with the cleanup. 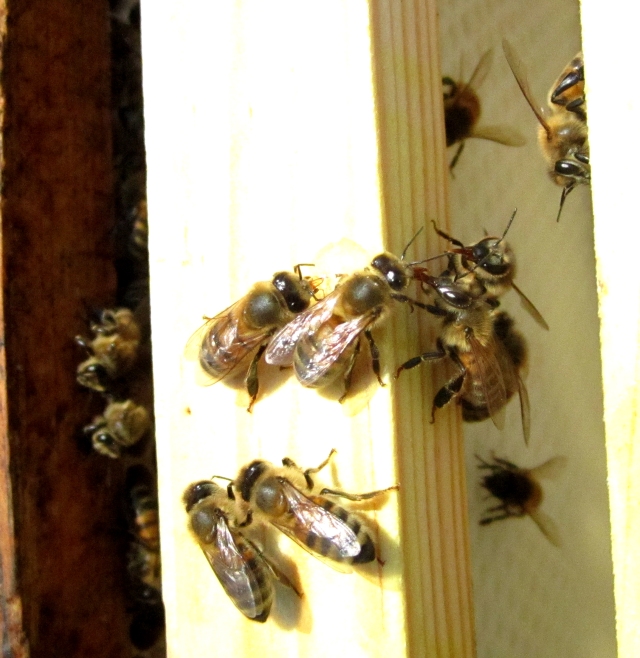 In the fourth shot see the carrier bees heading back down into the hive ready to place the honey in a cell.  The last maid bee makes certain she has sucked up all the precious nectar. 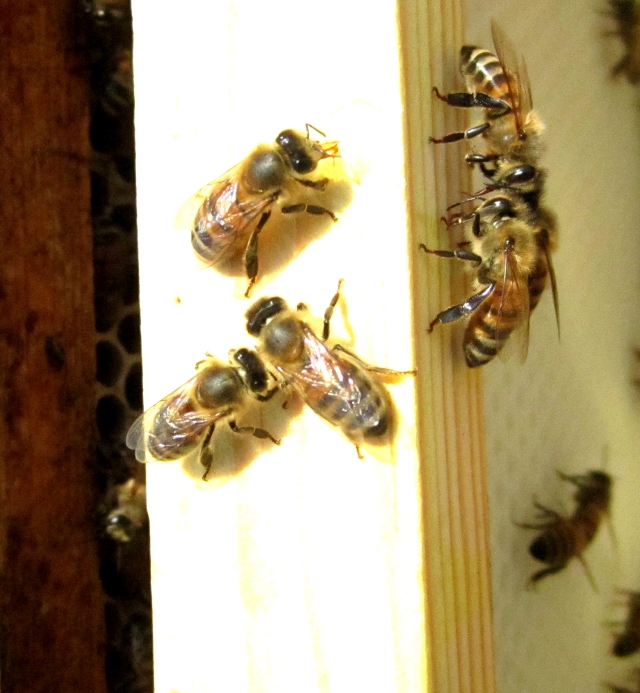 Make my day - leave me your thoughts! Cancel reply

An alcoholfree journey in New Zealand with a twist

To Turkey & back; adventures in life, romance, heartbreak & seeing the funny

The Orange Bee
Stir It Up!
Bewitching Kitchen
ourlifeinfood.wordpress.com/
bits and breadcrumbs

where all trails lead to good food

A how to for everyone and anyone

Little treasures discovered while exploring the back roads of life

from seed to plate